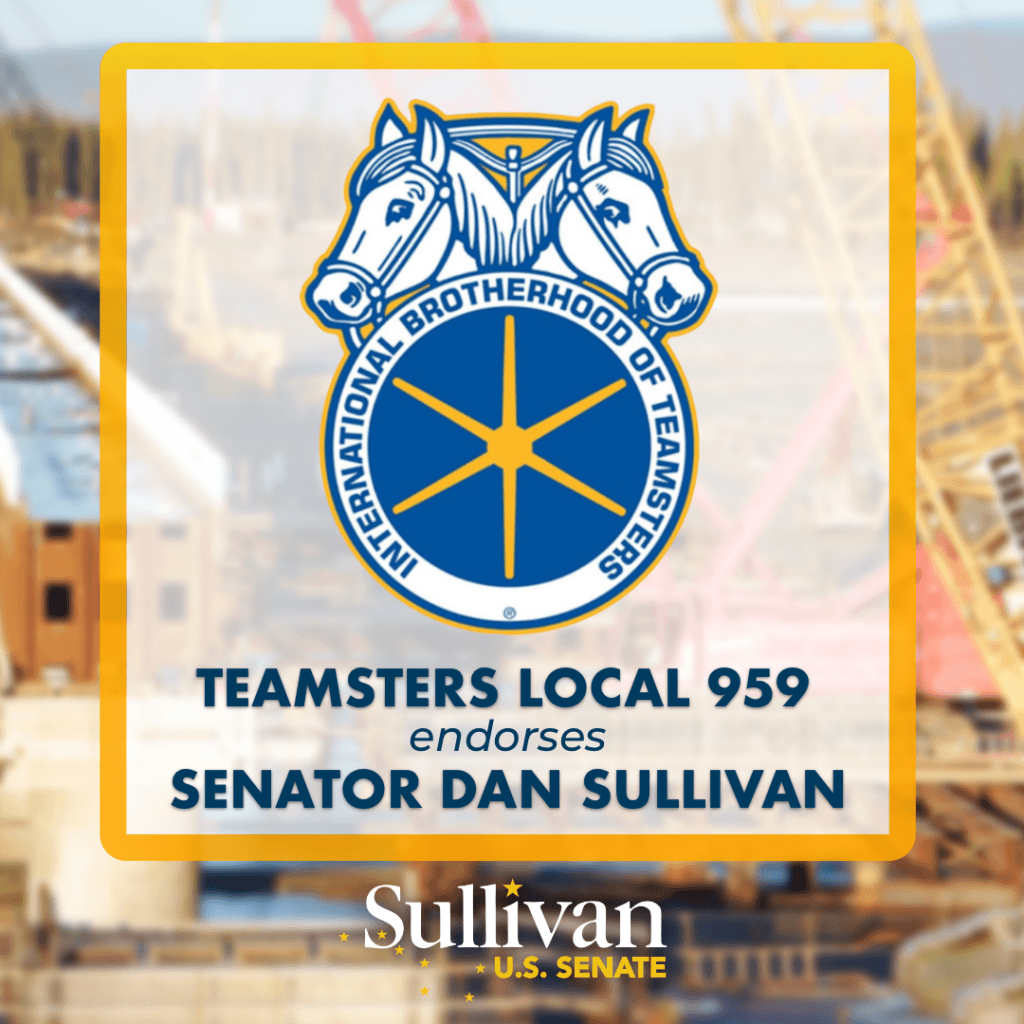 “Senator Dan Sullivan is the right person to keep Alaska moving forward during these tough economic times,” said Gary Dixon, Teamsters Local 959 Secretary-Treasurer. “His views and actions on developing Alaska’s natural resources and his work to get funding for Alaska military construction projects is essential for creating Alaska jobs in all these industries. This is why Teamsters Local 959 proudly endorses Dan Sullivan for U.S. Senate.”

As U.S. Senator, Dan Sullivan has spearheaded efforts on behalf of Alaska’s laborers and their families such as:

Alaska Teamsters Local 959 represents union members across a wide variety of industries in the state. Teamster Local 959 has provided Union services to nearly 60,000 Alaskans and their families.