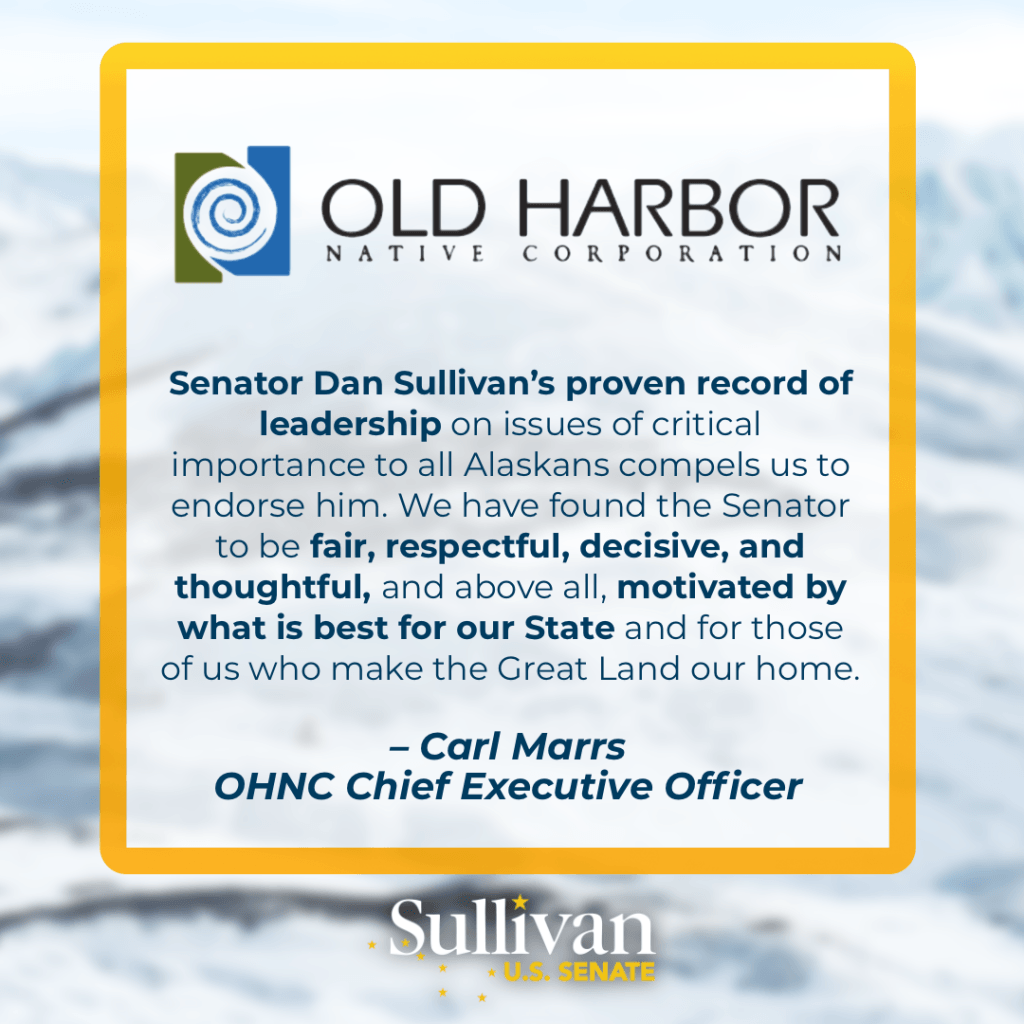 “Senator Dan Sullivan’s proven record of leadership on issues of critical importance to all Alaskans compels us to endorse him. We have found the Senator to be fair, respectful, decisive, and thoughtful, and above all, motivated by what is best for our State and for those of us who make the Great Land our home,” stated OHNC Chief Executive Officer Carl Marrs. “Senator Sullivan’s efforts have allowed our corporation to continue to provide meaningful benefits to our shareholders, which inject substantial amounts each year into Alaska’s economy. His reelection is critical to what we as a corporation are trying to do for our shareholders.”

In his first term in Congress, Senator Sullivan has delivered on numerous priorities important to Alaska Native people, communities and entities, including:

Old Harbor Native Corporation (OHNC) is one of 252 Native village corporations established by Congress in 1971 under the terms of the Alaska Native Claims Settlement Act (ANCSA). OHNC was incorporated in 1973 and currently has 443 shareholders. OHNC collaborates with the City of Old Harbor and Alutiiq Tribe of Old Harbor to benefit its village.

OHNC’s endorsement of Senator Sullivan marks a rare occasion for the organization – who does not typically endorse political candidates – except for special circumstances, including Senator Murkowski’s 2010 write-in campaign.