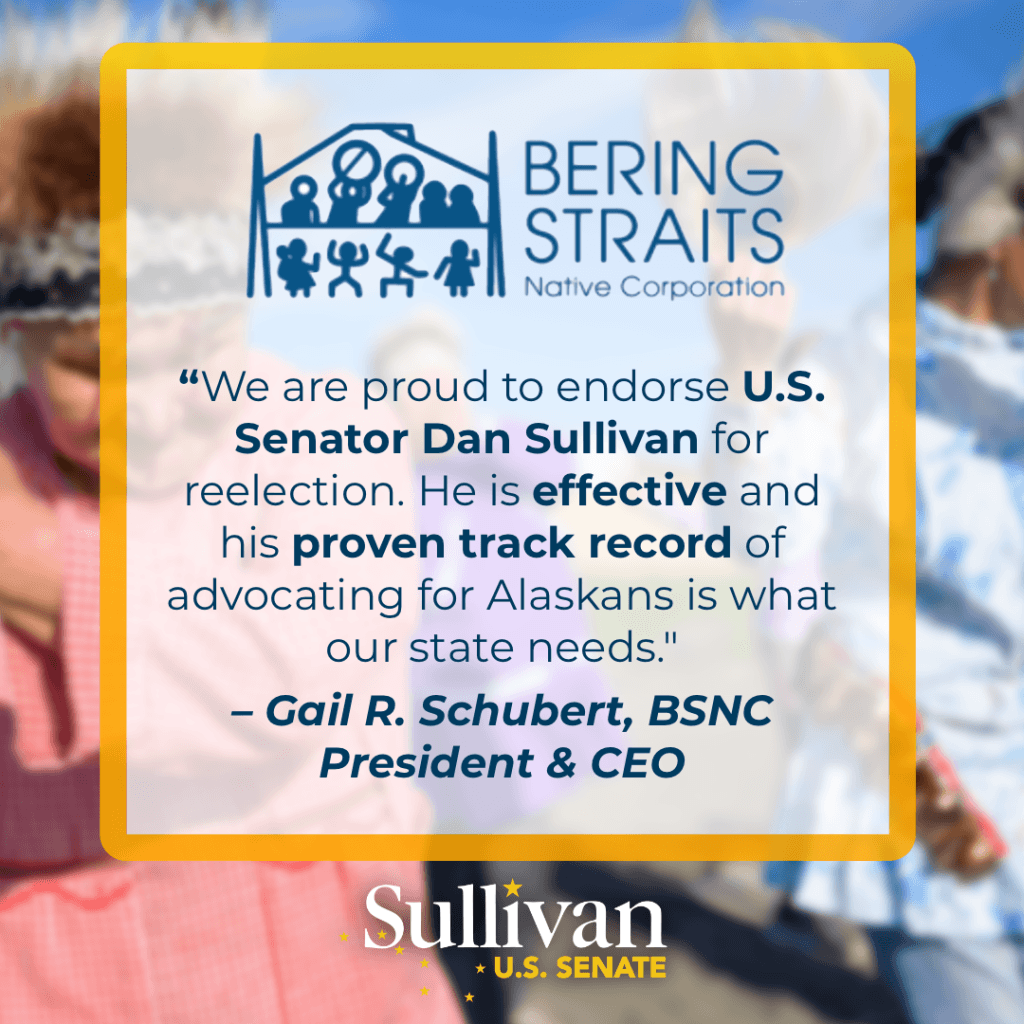 ANCHORAGE, AK – The Bering Straits Native Corporation (BSNC) has announced their endorsement of Dan Sullivan (R-Alaska) for re-election, highlighting his effectiveness in the U.S. Senate and strong track record of advocating for the needs of Alaskans.

“We are proud to endorse U.S. Senator Dan Sullivan for reelection,” said BSNC President & CEO Gail R. Schubert. “He is effective and his proven track record of advocating for Alaskans is what our state needs. We are also grateful for his work resulting in the recent transfer of land at Cape Spencer/Port Clarence to BSNC as partial fulfillment of our ANCSA land entitlement as envisioned by the original BSNC Board of Directors.”